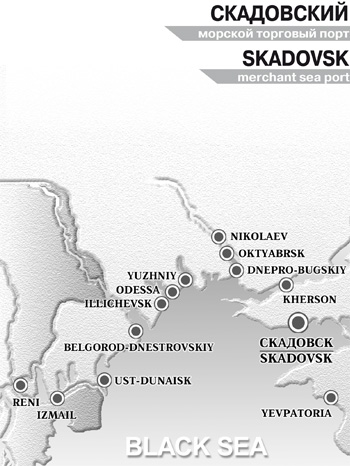 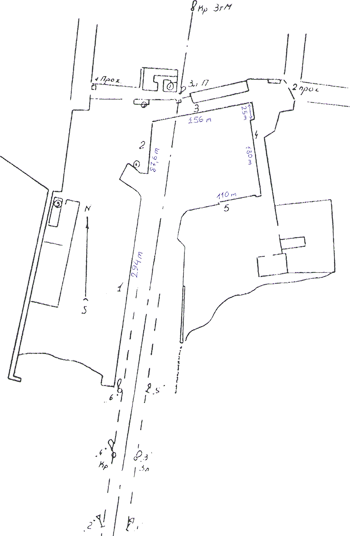 Skadovsk is a city in Kherson region. It is situated 82 km southeast of the city of Kherson and 52 km from Kalanchak railway station (Kherson - Jankoy railway line). Skadovsk has food and construction industry enterprises. Skadovsk is a climatic resort for children and a Black Sea port. Its population is almost 23,000.

A century ago a rich landowner, S. Skadovskiy, came up with the marvelous idea of building a port there for exporting local Tavria wheat. He successes with the idea to build a port on the shores of the sheltered and rather deep Djarylgachskiy Bay in the Black Sea on the site of a Tatar fishermen’s settlement, Ali-Agok, which means calm pier.

Skadovsk first pier was built in 1894, and the first foreign ship arrived there to load grain at the beginning of July. During that first navigation period 669,000 poods of cargo were handled there from July till December.

Today port Skadovsk carries out mainly cargo/passenger and ferry carriages on the Turkish line and also quarrying and realization of beach sand, handling of grain cargo. The port point Khorly is assigned to Port Skadovsk.

Port Skadovsk lies on the northern shore of Djarylgachskiy Bay of the Black Sea. To the south, this bay extends to the coastline of Djarylgach Island.

The distances between the port and the island’s tips are as follows:

The dimensions of Djarylgachskiy Bay, whose eastern limit is the line between the Bay and port point Khorly are: east to west - 60 km; and north to south - 14 km.

Depths in the bay do not exceed 10 m.

The port approach channel is 1.2 miles long and 50 m wide.

The port is navigable all year round. The nearest sea ports are Kherson and Yevpatoria.

All vessels may only enter port with the permission of Port Control Inspection (PCI). Until it is received and a pilot embarked the ship, vessels should lie at anchor in the outer roads of the port.

Orders for a pilot and tugs leaving the port (por tpoint) should be submitted to port operator or to PCI 3 hours prior to the ship’s estimated departure.

Orders for icebreakers service should be submitted by a shipmaster to Port Director General 24 hours prior to ship’s arrival.

Port Skadovsk can accommodate vessels of up to 6 m draft, 25 m wide and 140 m in length. The traffic in the approach channel is one way. Port entering and leaving is carried out round the clock.

When the visibility is poor - less than 2 cables, and the wind speed is 14 m/s and more, port entering, leaving and shifting are forbidden. Ro-Ro vessels, car ferry boats and ships over 100 m long are not allowed to enter/leave the port when wind speed is 10 m/s or more.

Pilotage in the port is compulsory.

Port entering, leaving and shifting is carried out 24 hours a day only with a pilot.

To order a pilot, the shipmaster should submit his request to the Harbour Master 24 hours before the vessel approaches Djarylgachskiy lighthouse, which is mounted on Cape Djarylgachskiy. The request should be confirmed 6 hours prior to the operation.

Vessels of less than 500 GRT capacity, less than 50 m in length and less than 3.5 m draft can be relieved from pilotage.

Taking aboard and disembarking a pilot is performed in the area of Skadovsky approaching fairway light buoy (in ice conditions - in the Djarylgachskiy lighthouse area).

Orders for tug assistance should be submitted by the shipmaster via VHF to the Port Operator no later than 3 hours prior to the towing operations.

Anchorage No. 371 for vessels awaiting for entering the port of Skadovsk is situated in the middle of Djarylgachskiy Bay, 8 cables southwest from the port and is sheltered from the winds of all directions except eastern one.

The depths are 4-8.2 m, ground is gray silt and shells, good holding. There is no anchorage in the inner roadstead. Anchorage No. 372 for vessels awaiting for entering Port Point Khorly is situated on the outer roadstead of port point Khorly, to the west of Kalanchakskaya and Churumskaya banks. The anchorage is open for western and southeastern winds.

The port is open for international transportation. Shipping lines for transportation of motor vehicles from/to Turkey are organized.

The port can handle four different types of vessels simultaneously:

Port territory totals 11.12 hectares. In accordance with the general strategy of the port development, its territory may be expanded up to 20 hectares.

The port has sheltered warehouses:

* The berth is equipped with grain loaders. 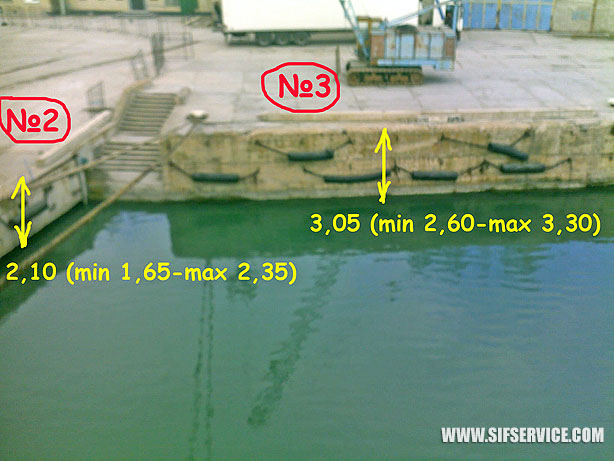 In June 2009, Khorly port point of Skadovsk Merchant Sea Port that had been preserved for 15 years restarted functioning. The port point is to be resurged in his former capacity – as a centre for production and handling of sand. Once it was mined and handled about 50,000 t of sand per month there. Speaking of the revival of port point Khorly, it is appropriate to recall the man who created port Khorly. It's Baroness Sophia Pfalz-Fein, a monument to whom in the 90's was built next to the port point by her grandson.